Born in L'Aquila in 1973. His first oil-on-canvas works of the nineties already gave a glimpse of the prerequisites for a much deeper research projected towards abstract art, specifically post–World War II informal art. His insistent curiosity toward the "new concept of art" led him to focus mainly on modern painting. His early career was nurtured by atiending the atelier (bottega) run by master Marcello Mariani, who initiated him to the first experiments of informal painting. Here he spent much of his free time in the company of former students of the Academy of Fine Arts of L'Aquila, where Professor Mariani himself had taught.

This is how he approached the movements of such great twentieth-century masters as Alberto Burri, Willem de Kooning, Emilio Vedova, Jackson Pollock, Enrico Castellani, Afro Basaldella, Rothko, and then grew artistically with the poetics of international abstract expressionism. He unknowingly absorbed all suggestions and understood the value of the master’s ancient techniques; these experiences subsequently influenced and directed him toward a viscerally spontaneous art that will accompany him throughout his artistic career.

By the end of the nineties he definitively moved to informal painting, redesigning - in his traits and technique art - how materials are used. In 2010, with the "Trasposizioni” and “Notturni” series, he proposed for the first time informal abstract paintings that, with their archetypal, organic, threadlike, and reticular forms, reveal original affinities with Burri and Mariani. A deciding factor was the direct and abrupt encounter with the work of Alberto Burri at the Fondazione Burri Palazzo Albizzini and the Ex Seccatoi del Tabacco (former tobacco-drying plant) in Città di Castello in 2001. From that moment on his new season of the "Trasposizioni" series continued during the decade 2000-2010.

Following in Burri’s footsteps, Ciccozzi began to experiment his studies using fire and controlled combustion, especially as a means for varying and blending the colors of metal supports or even the colors themselves. He rarely relies on brush painting as a way to work surfaces, but prefers to use spatulas and tools, also of his own invention. He first experiments the voluntary and controlled creation of his own techniques, which then, at a later stage, will help him develop a broader discussion about the concept of evolution and the natural or accelerated transformation of matter. His works after 2010 show the state of mind of a terrible and cruel reality staged with a purely informal interpretation. At the same time, this poetic and moving form of art has certainly resulted from the long vicissitudes of the tragic earthquake that struck the city of L'Aquila in 2009. One of his frequent quotations is: "My art is pure controlled chaos." Tears and sharp lacerations, stones and special adhesives, rabbit glue, oxides and pigments of local and distant lands are used as colors, while uneven parts are designed to create effects that bring them back to the origins of matter. From 2015 onwards, After the personal exhibitions organized and requested by important institutions and galleries, the great international exhibitions began, such as the one held at the National Museum of Albanian History of Tirana, and exhibition at Palazzo dell’Emiciclo in L'Aquila, housing the Presidency of the regional council of Abruzzo, with critical text in the catalog of the works by Professor Maurizio Vitiello. He moved to Tirana for a short period and then to Vlore, where he worked and strengthened his ties with important contemporary artists from throughout Europe. In Italy he received prizes and awards at important international art festivals with critical reviews by Vittorio Sgarbi, Giorgio Di Genova, Jean Blancheart, Paolo Levi, Rosary Sprovieri. In 2019 and 2020 he enters the great world-class contemporary art shows with venues in Miami, New York, Innsbruck, Basel and Hong Kong. In 2020 he is also featured in an important contemporary art gallery in London.

His first major exhibition dates back to 2014 on the occasion of the 722nd Perdonanza Celestiniana dell'Aquila, UNESCO Intangible Cultural Heritage, at the prestigious Palazzo Lopardi-Natellis situated in L'Aquila. Here he exhibited for the first time an entire collection of abstract works in which he reveals the influence of Alberto Burri, Emilio Vedova, and Lucio Fontana. In 2014 he was awarded with the Premio G. D’Annunzio of Pescara, and exhibits, shortly afer, at the Auditorim Renzo Piano of L'Aquila. In 2016, he was invited by the art critic Sandro Serradifalco and Professor Vittorio Sgarbi, to exhibit at the Triennale dell'Arte Contemporanea di Verona, held at the Palaexpò of Verona. In the same year he participated in the international art exhibition “L’isola che c’è” (The island that there is) in Villa Castelnuovo di Palermo with Vittorio Sgarbi, David Guido Pietroni, Luca Beatrice, Estemio Serri and Paolo Levi. It is one of the very few artists selected to be awarded the prize "Artist recognized in the United States of America in 2016" at the "Oscar Project" event in Los Angeles. Further to the special recommendation by Professor Giorgio Di Genova and Professor Vincent Le Pera, he was righsully included in the volume “Percorsi d’arte in Italia 2016” published by Rubbettino Editore. In 2016 he was invited to participate in the 43rd Premio Sulmona at the Polo Museale Civico Diocesano, former nunnery of Santa Chiara of Sulmona, under the direction of Professor Giorgio Di Genova and prize commission chaired by Professor Vittorio Sgarbi, together with Cosimo Savastano and Carlo Fabrizio Carli. He is awarded the international prize "Beato Angelico” by the Accademia Italia in Arte nel Mondo at the Teatro Monumentale G. Paisiello of Lecce. He became honorary member of this important international association. In the same year, in Rome at Palazzo della Cancelleria, he participated in an international exhibition dedicated to Frida Kahlo and curated by Amedeo Fusco and Rosary Sprovieri of Mibac. In 2017 a considerable collection of his works of art were featured at the Palazzo Albrizzi Cappello, parallel to 57th Biennale di Venezia with Professor Mauro Fantinato and Mario Castellese as curators. In 2017 he also participates in the Biennale internazionale d’arte contemporanea di San Leucio, in the rooms of the Bourbon district of the royal palace of San Leucio, with the critic and art dealer Alessandro Orlando and Stefania GalloQa. Subsequently he is awarded the international prize “I bronzi di Riace” by the Accademia Italia in Arte nel Mondo at the Teatro Monumentale G. Paisiello of Lecce. In September 2017 hire a central space from the town of Spoleto in order to set up a personal exhibition during the "Festival di Spoleto", Art in the City 2017. At the invitation of the city of L'Aquila, he exhibited again at the 723rd, 724th, and 725th Perdonanza Celestiniana dell’Aquila at the Palazzo Lely-Gualtieri. In 2018, invited by Professor Vincenzo Le Pera and Professor Maurizio Vitiello, he exhibited at the Biennale of Contemporary Art Calabria-Citra, at the Museo di Praia a Mare, Cosenza. In June 2018 exposes to the National Museum of History in Albania with Professor Dorian Koci as curator, and the participaCon of the Italian Embassy in Albania. Afer settling for a few months in the city of Tirana, he was called by the mayor of Vlore, Dritan Leli, to exhibit at the National Gallery of the town for the whole month of July. In April 2019, on the occasion of the “Decennale del terremoto dell’Aquila”, with the patronage of the Abruzzo Region and the city of L'Aquila, in addition to the Associazione italiana per l’arte e la cultura nel mondo, inaugurates an impressive exhibition at the Palazzo dell’Emiciclo in L'Aquila, housing the Presidency of the regional council of Abruzzo. At the vernissage were present the Professor Maurizio Vitiello, Professor Rosario Sprovieri, Mibac senior official, and the gallerist Armando Principe, currently his personal curator. In 2019 he also exhibited at Palazzo Burri-Gatti in L'Aquila, in an exhibition dedicated to the year of the current decennial of the earthquake. In the late 2019 he began his exhibiCons at internaConal level: Atelier Gromicho Natalia (Lisbon), Biennale of Athens (Athens), Arte Praga Ar.Co, Istituto di cultura italiano (Prague), Arte Madrid Ar.Co. (Madrid), and Rome Caput Mundi at Palazzo Ferrajoli, (Rome). In 2019 he was called to contribute to the creation of the volume Arte in cucina III” - Gli arCsC incontrano gli chef - published by Mondadori and also distributed abroad. In 2019, he featured at the Reale Regia di Portici of Naples, and subsequently, was invited by the gallerist Emanuele Geloso, to exhibit at Galleria Turelli in Montecatini Terme in the Paolo Portoghesi room of the Tettuccio plant. In December, in collaboration with the gallerist Armando Principe, he exhibited at Scope Miami Beach, Miami, USA. In January 2020, participation in a collective featuring only three international artists and held at the Palazzo delle arti in Naples, with Antonella Nigro, Rocco Zani and John Mangiacapra as curators. Immediately after, in January, featured at Art Insbruck 2020, Contemporary Art Fair in Innsbruck International for the gallerist and patron Armando Principe. In March 2020 participation in Scope Art New York 2020, International Contemporary Art show, New York, USA. In June participation in Scope Basel 2020, International Contemporary Art show, Basel, Switzerland. 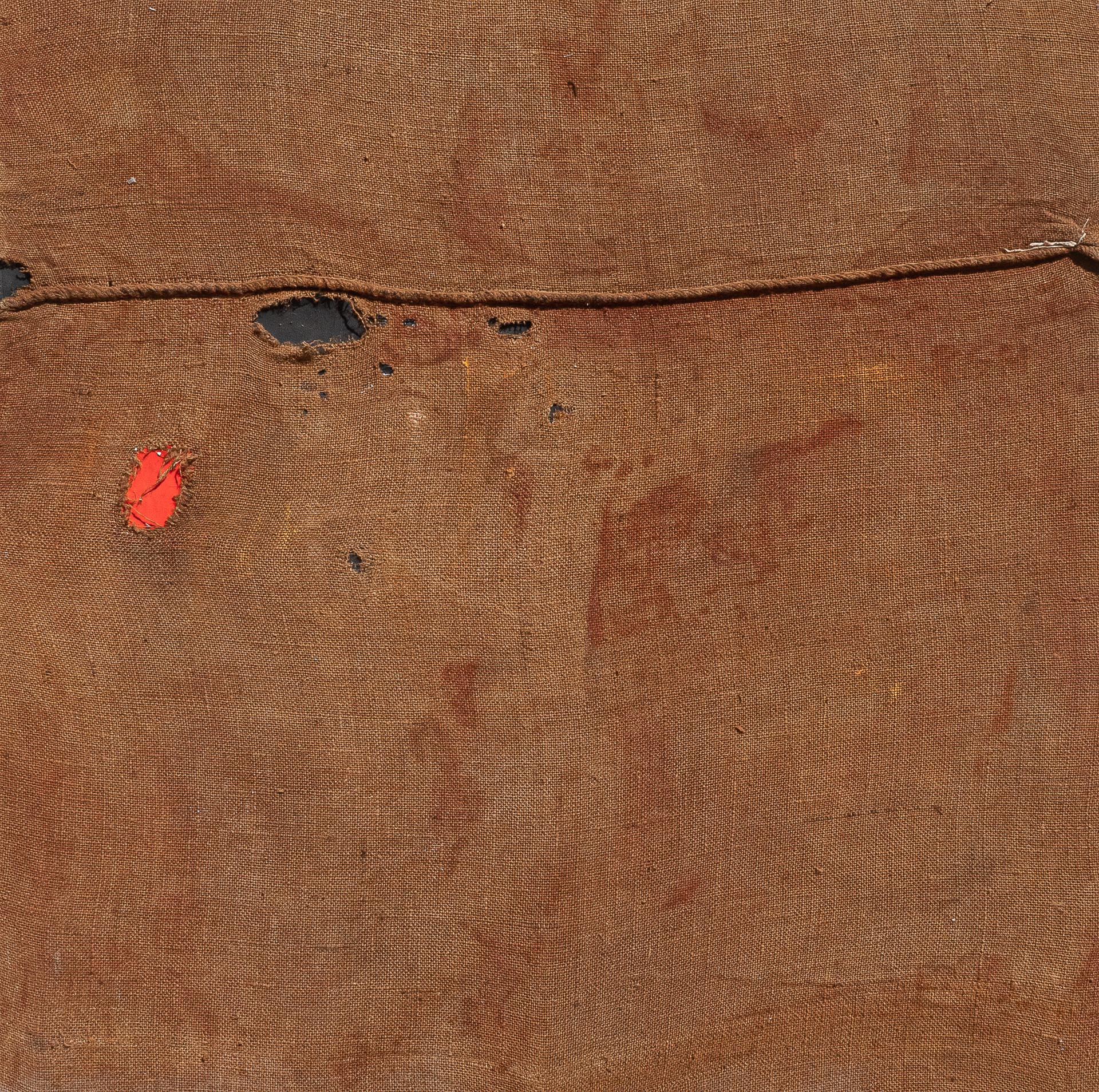 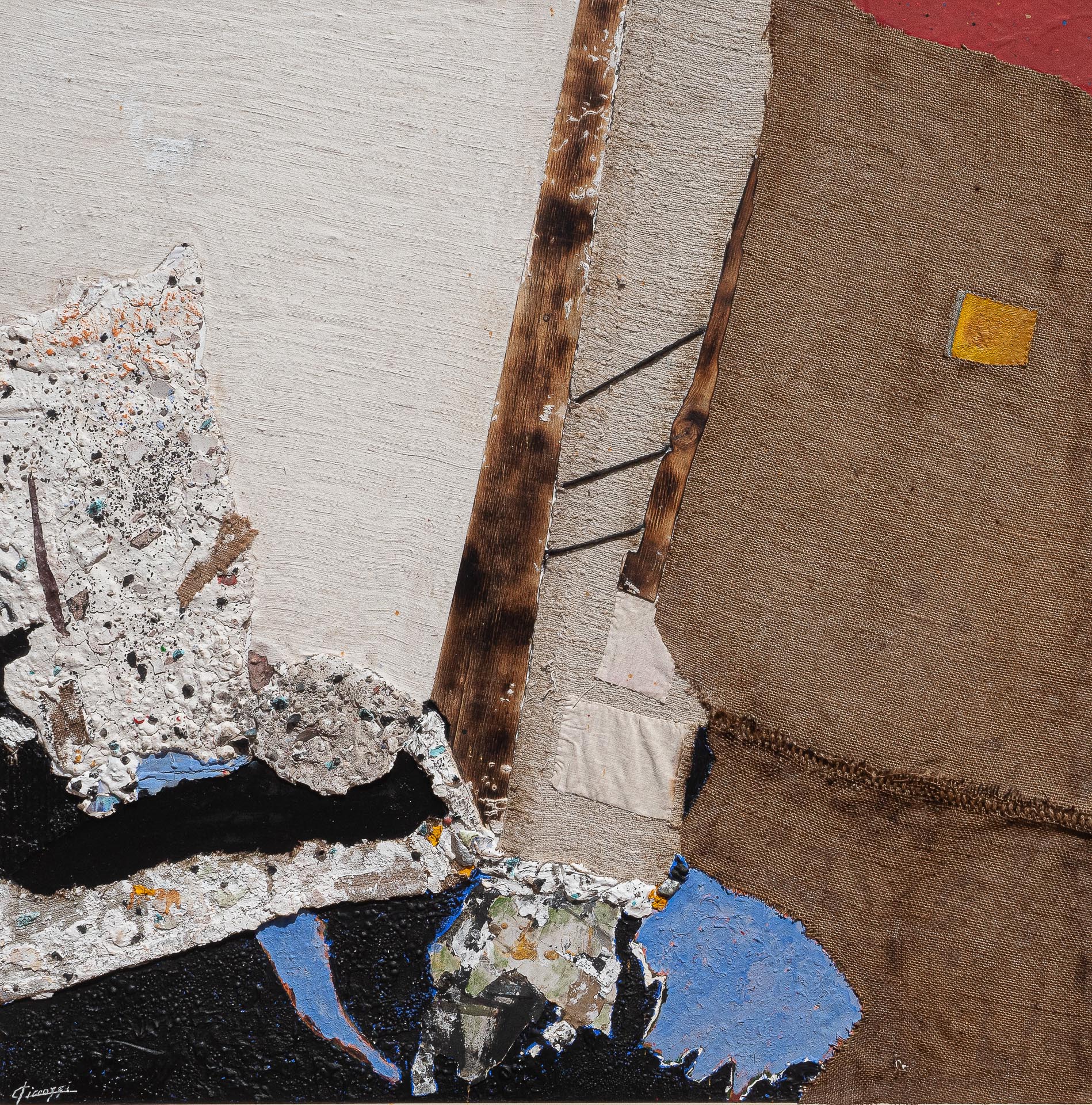 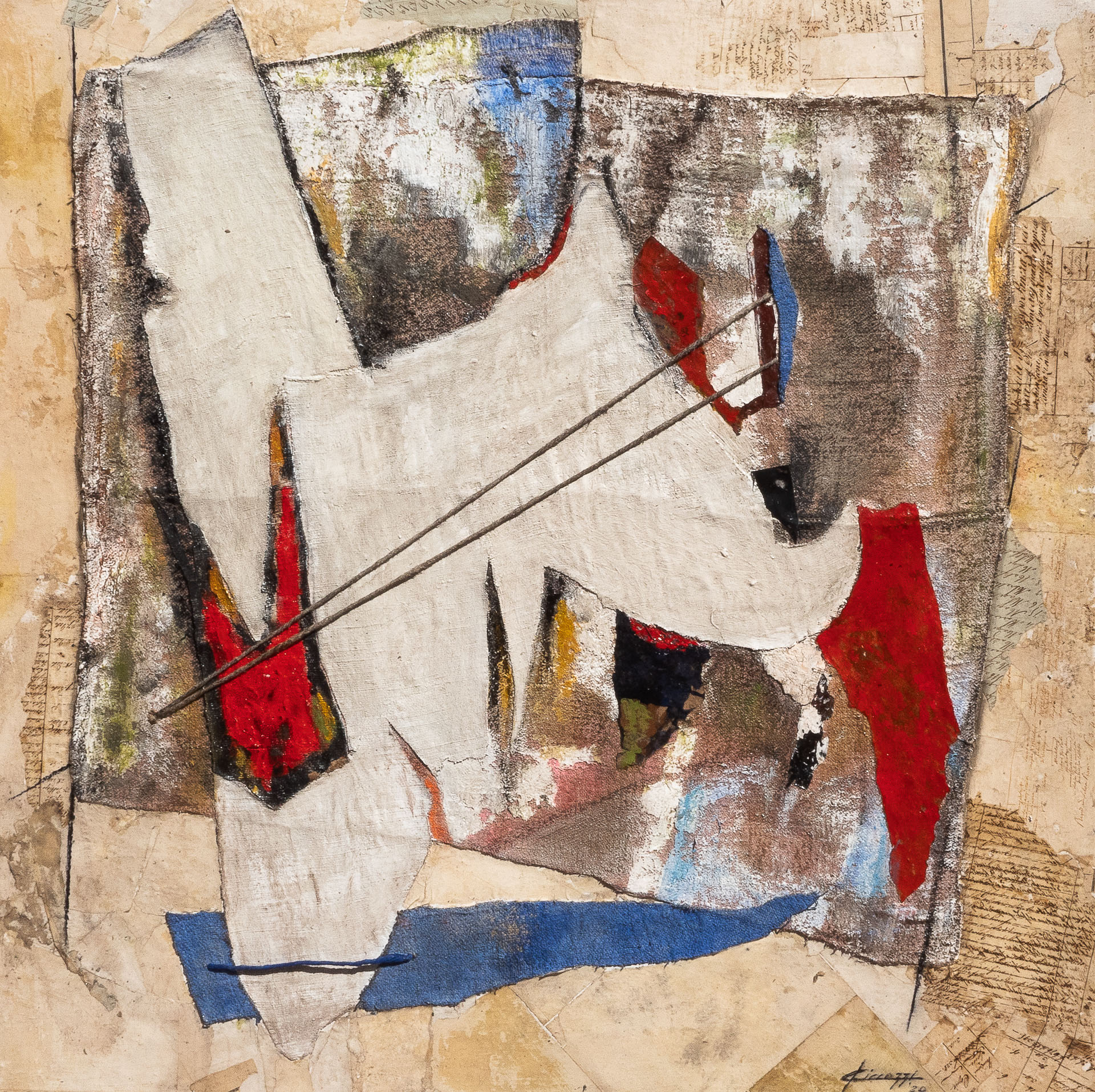 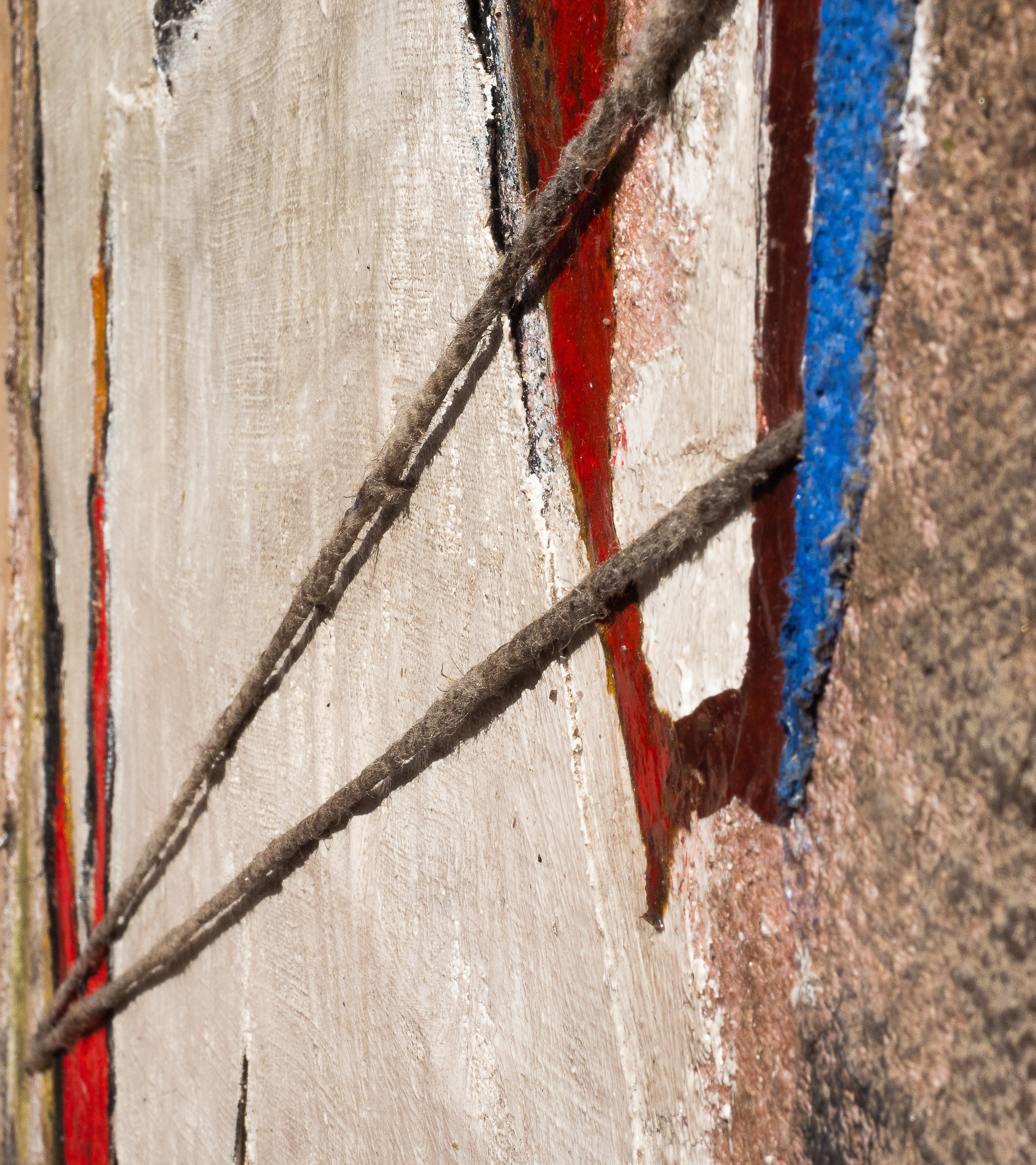 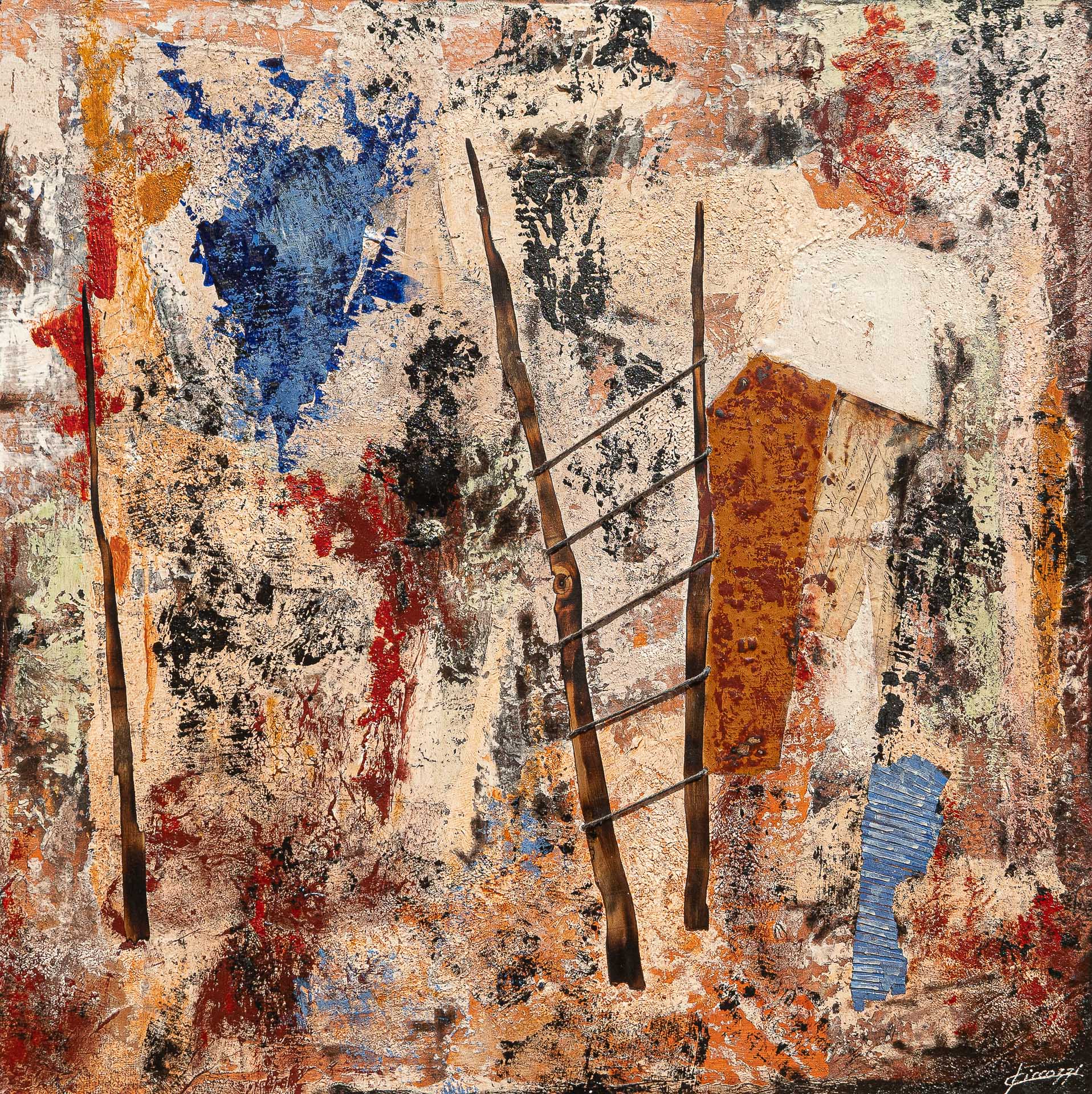 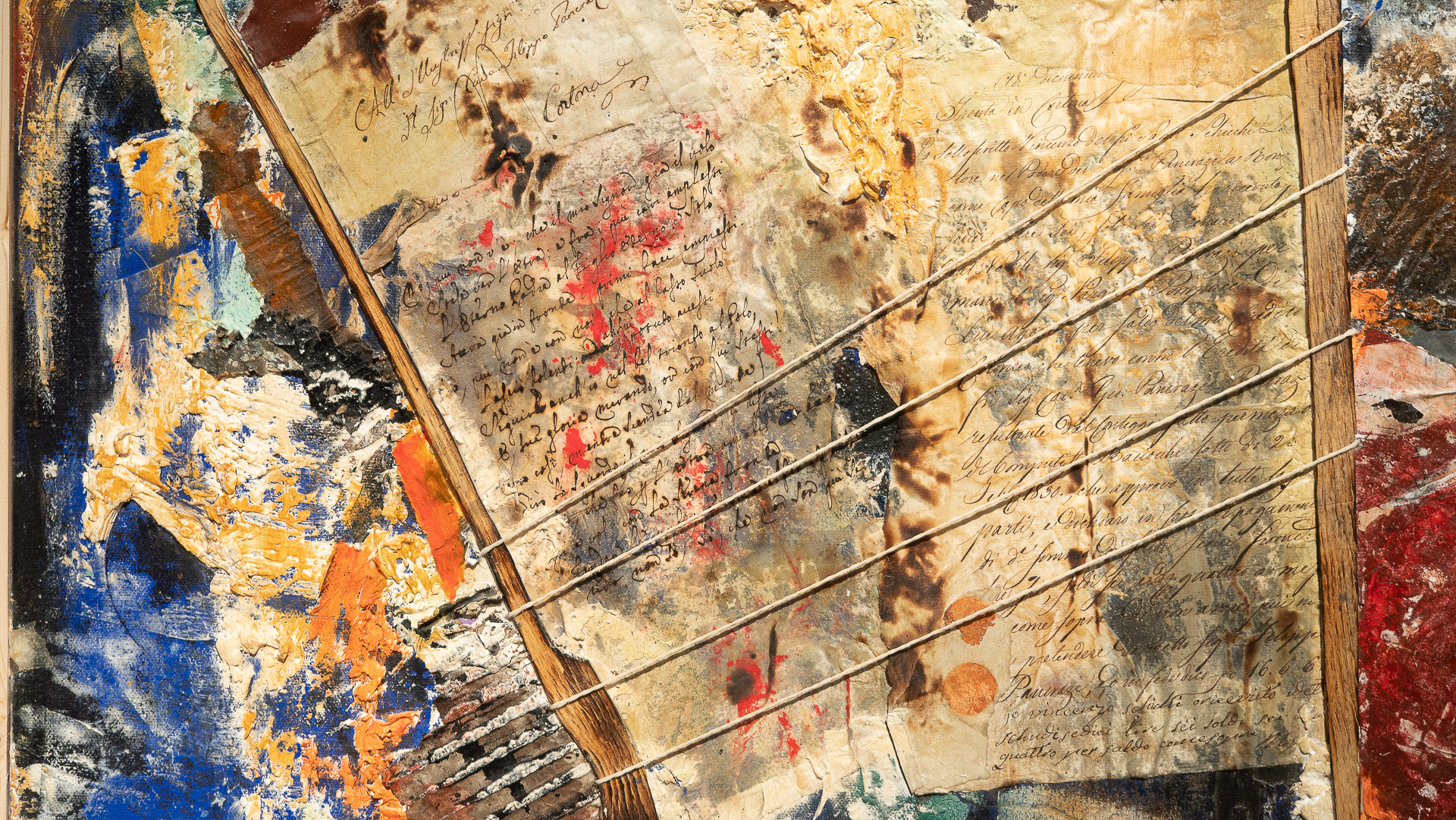 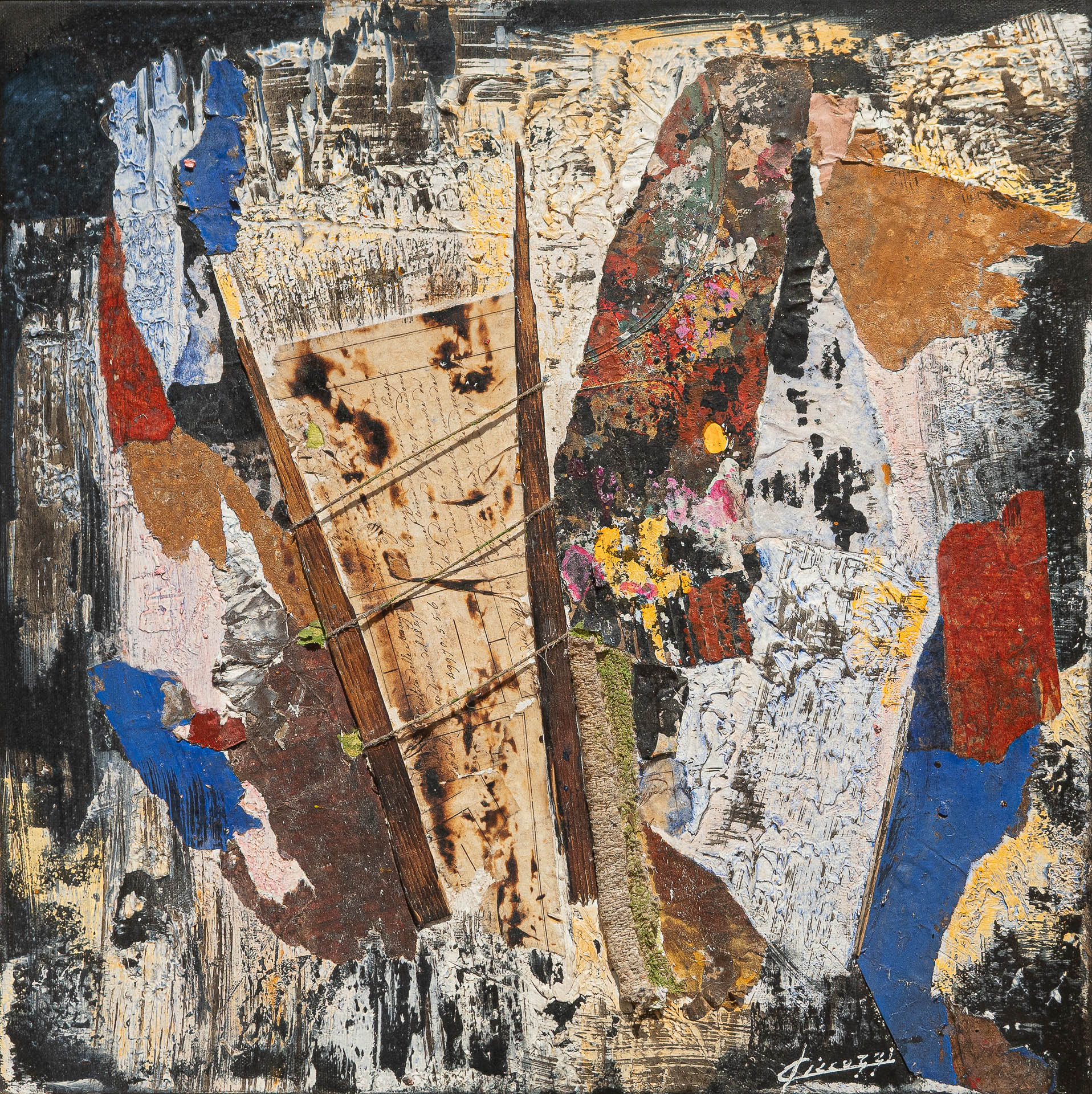 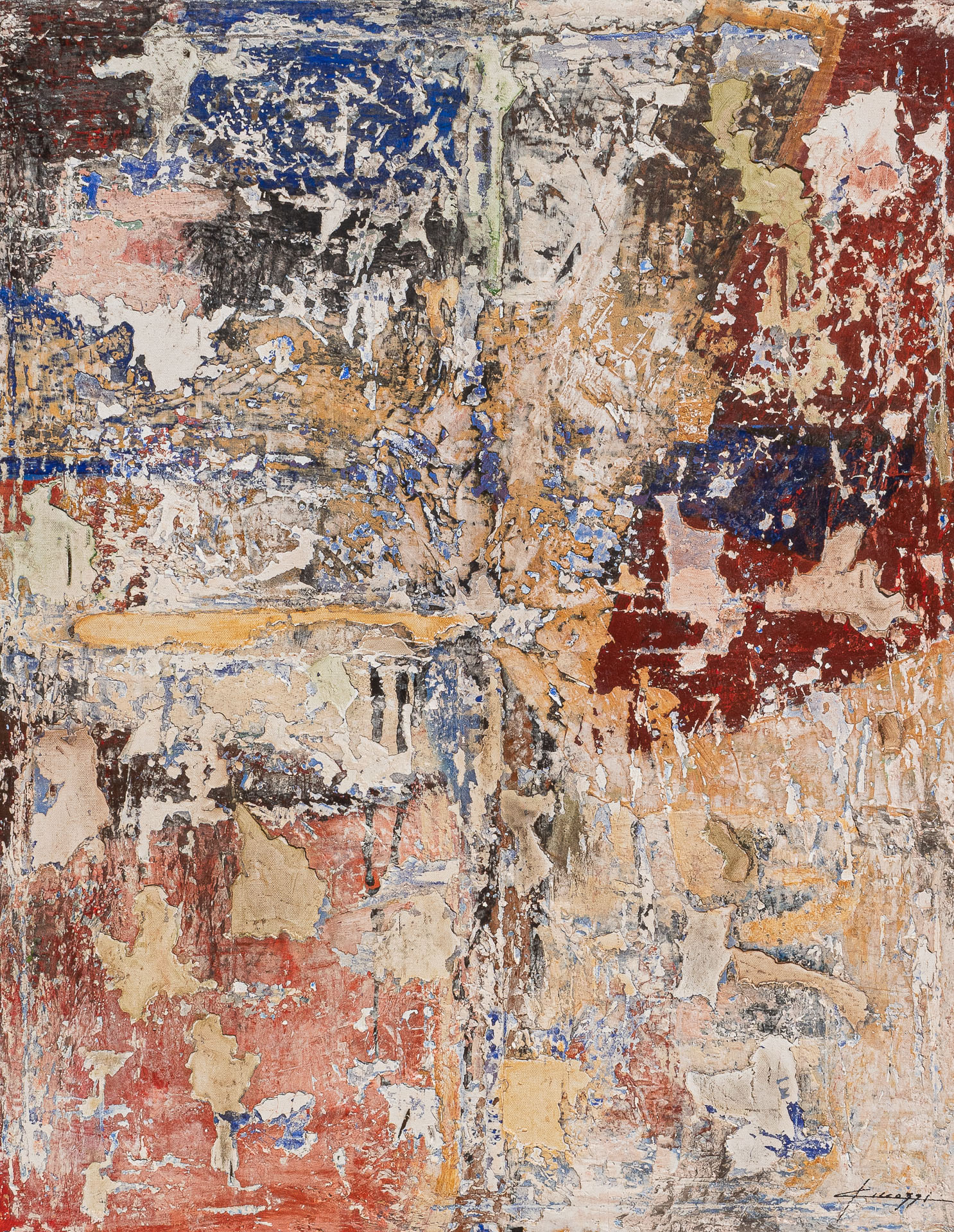 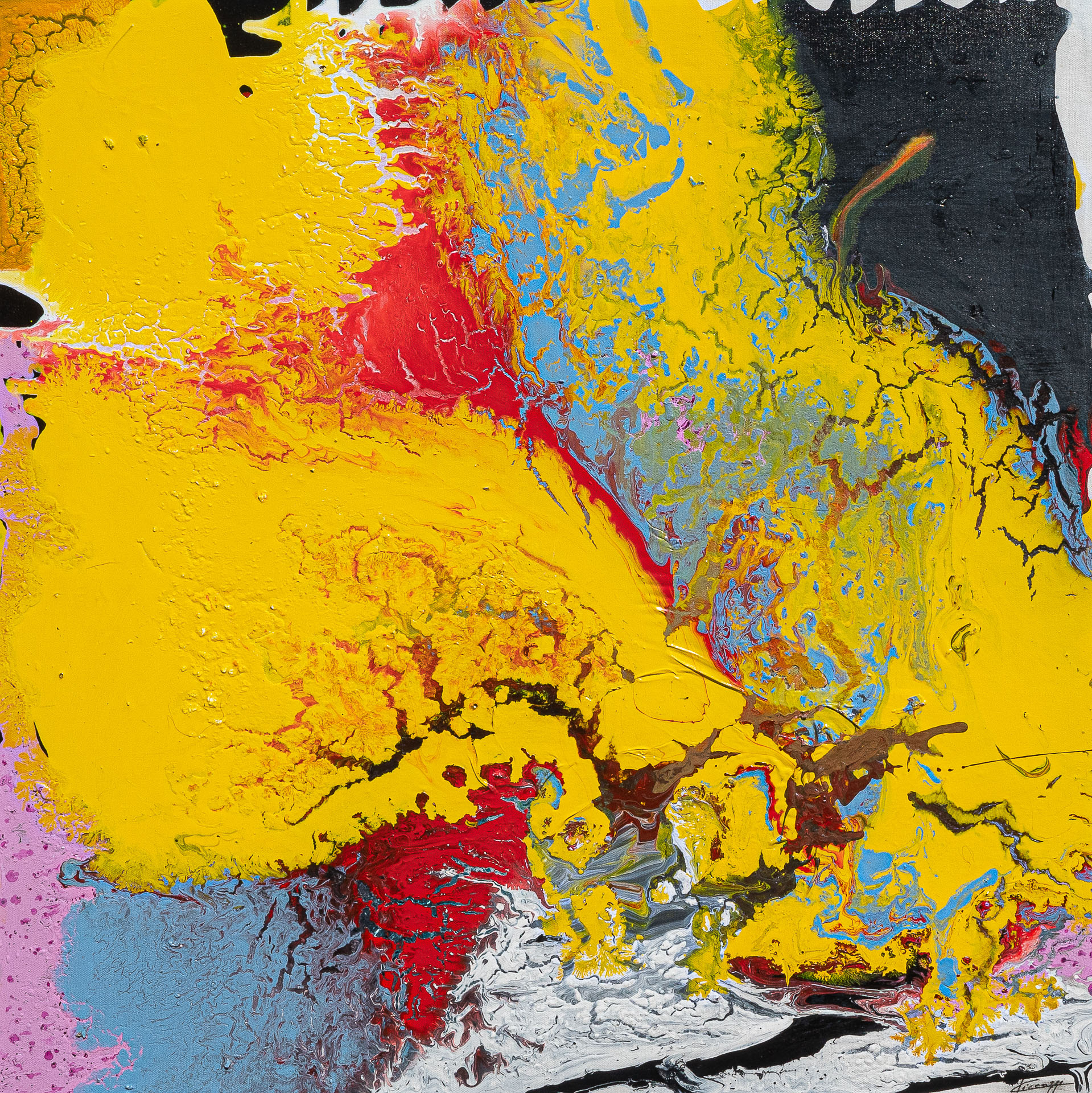 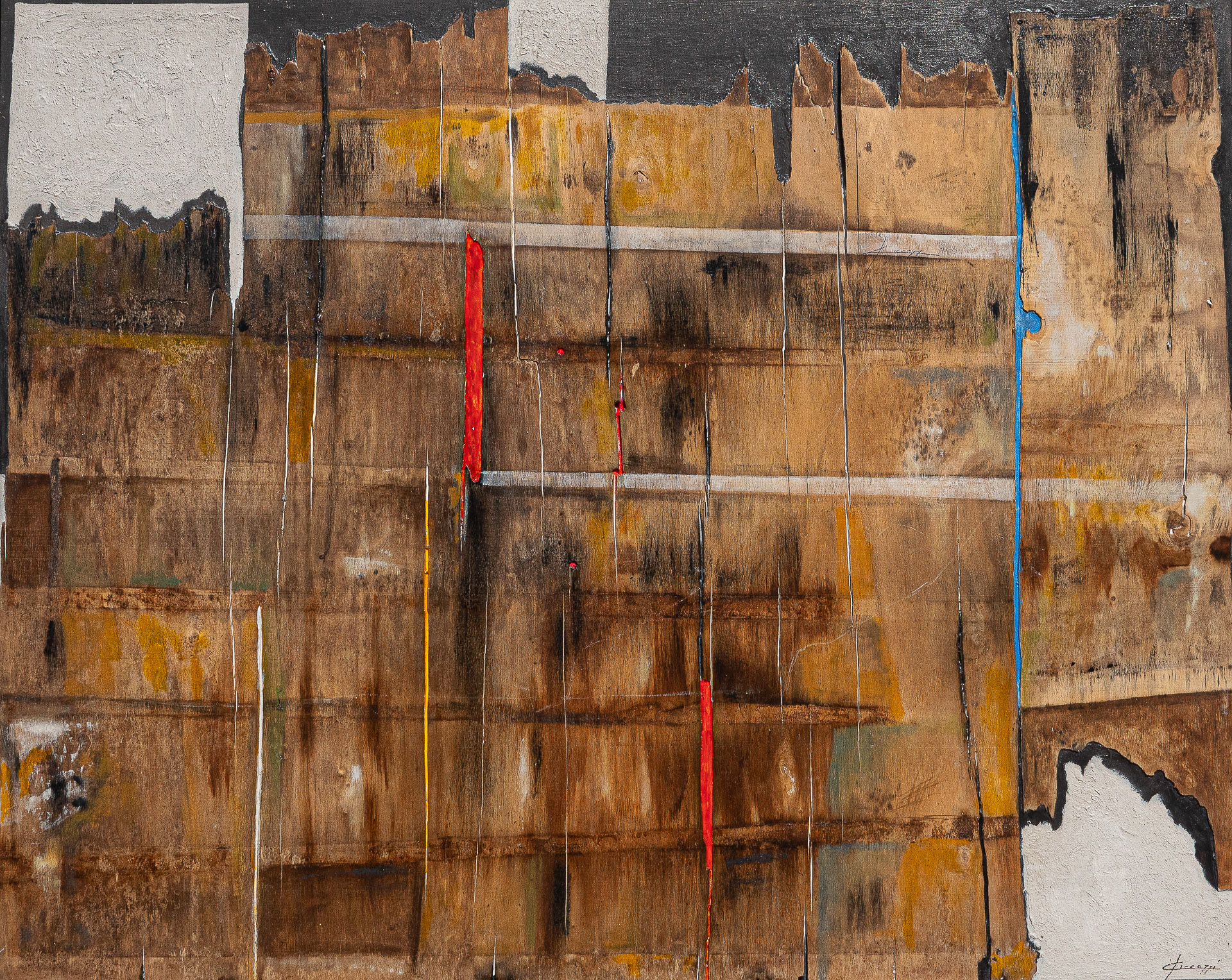 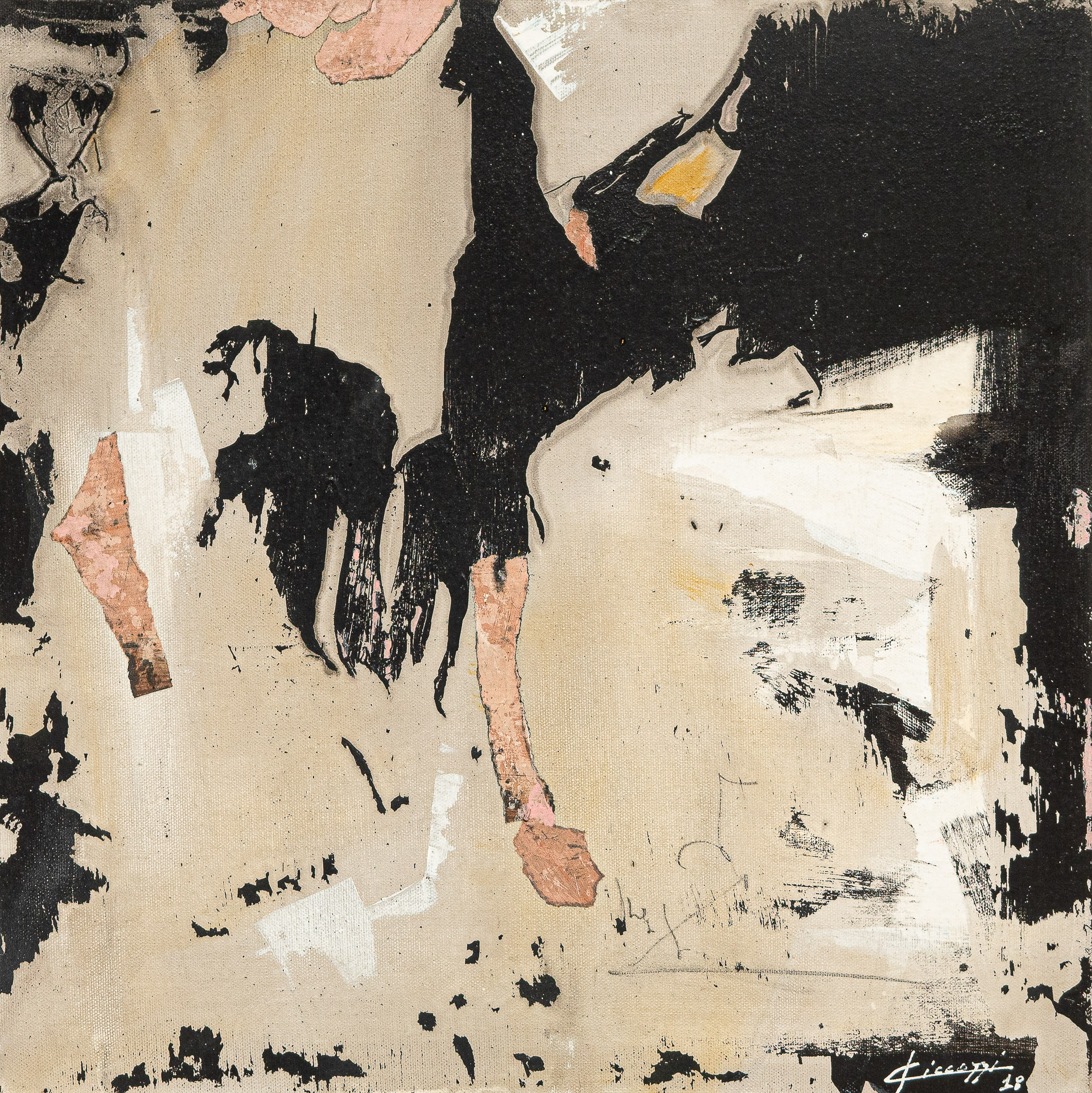 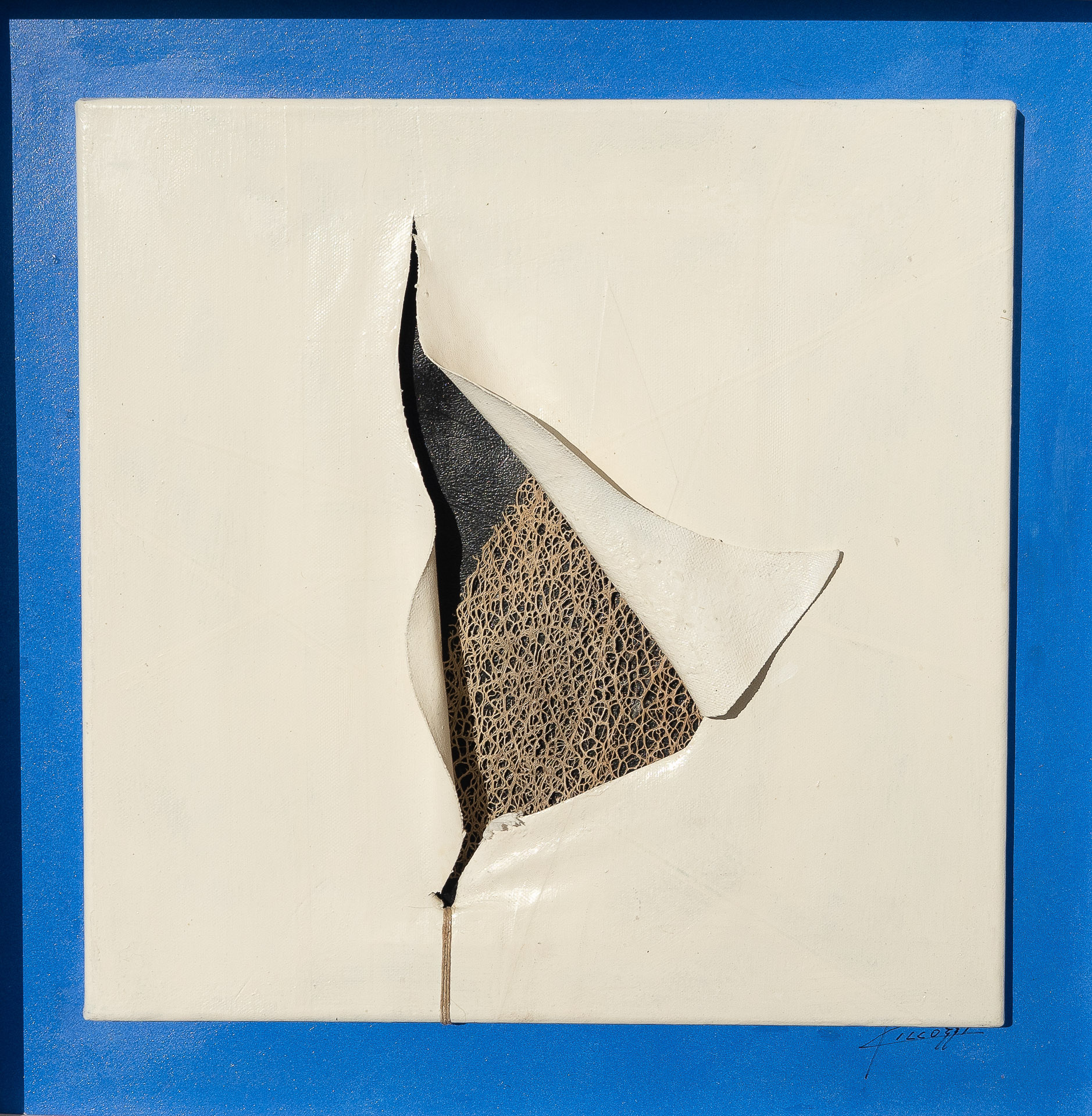 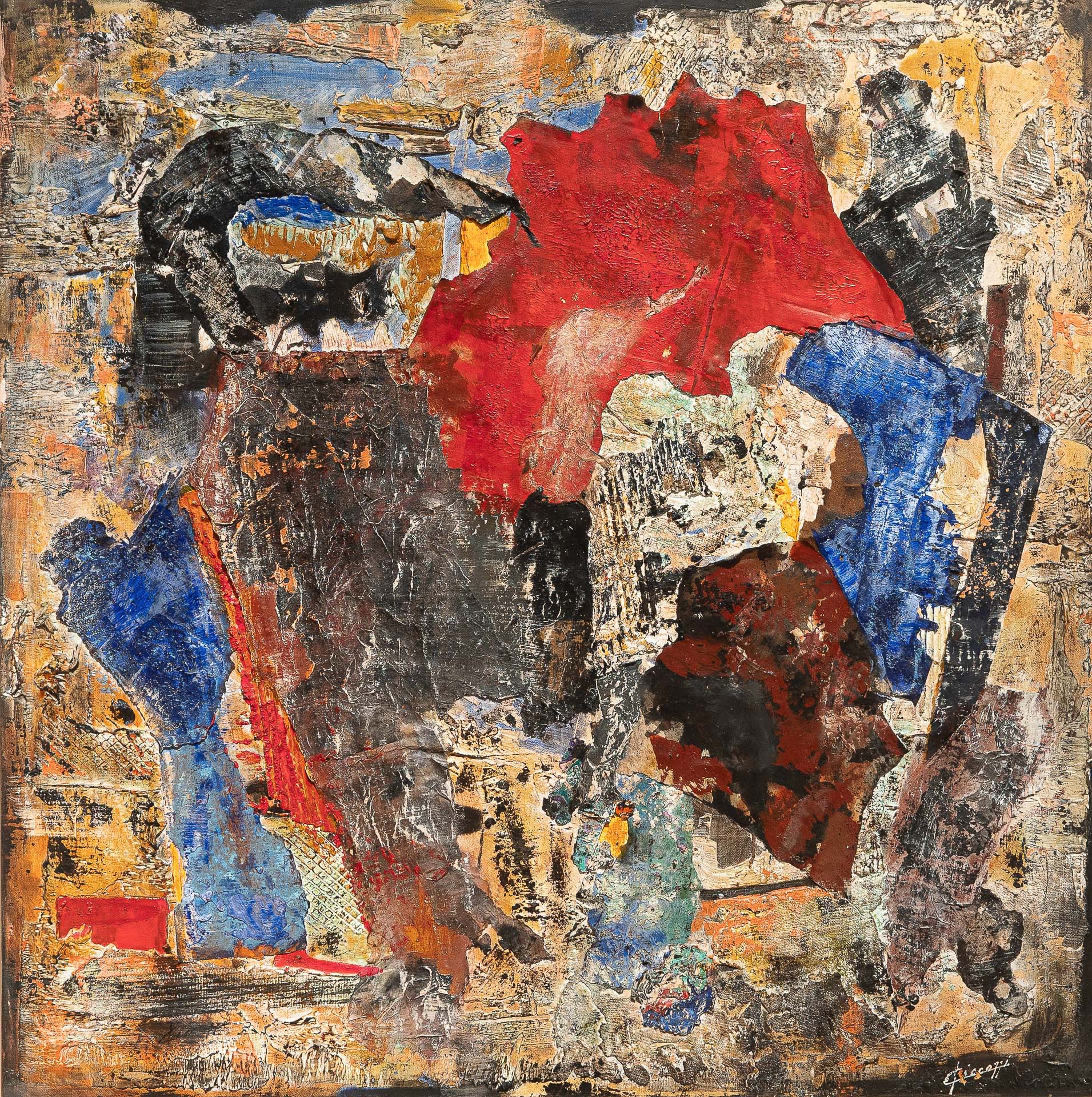 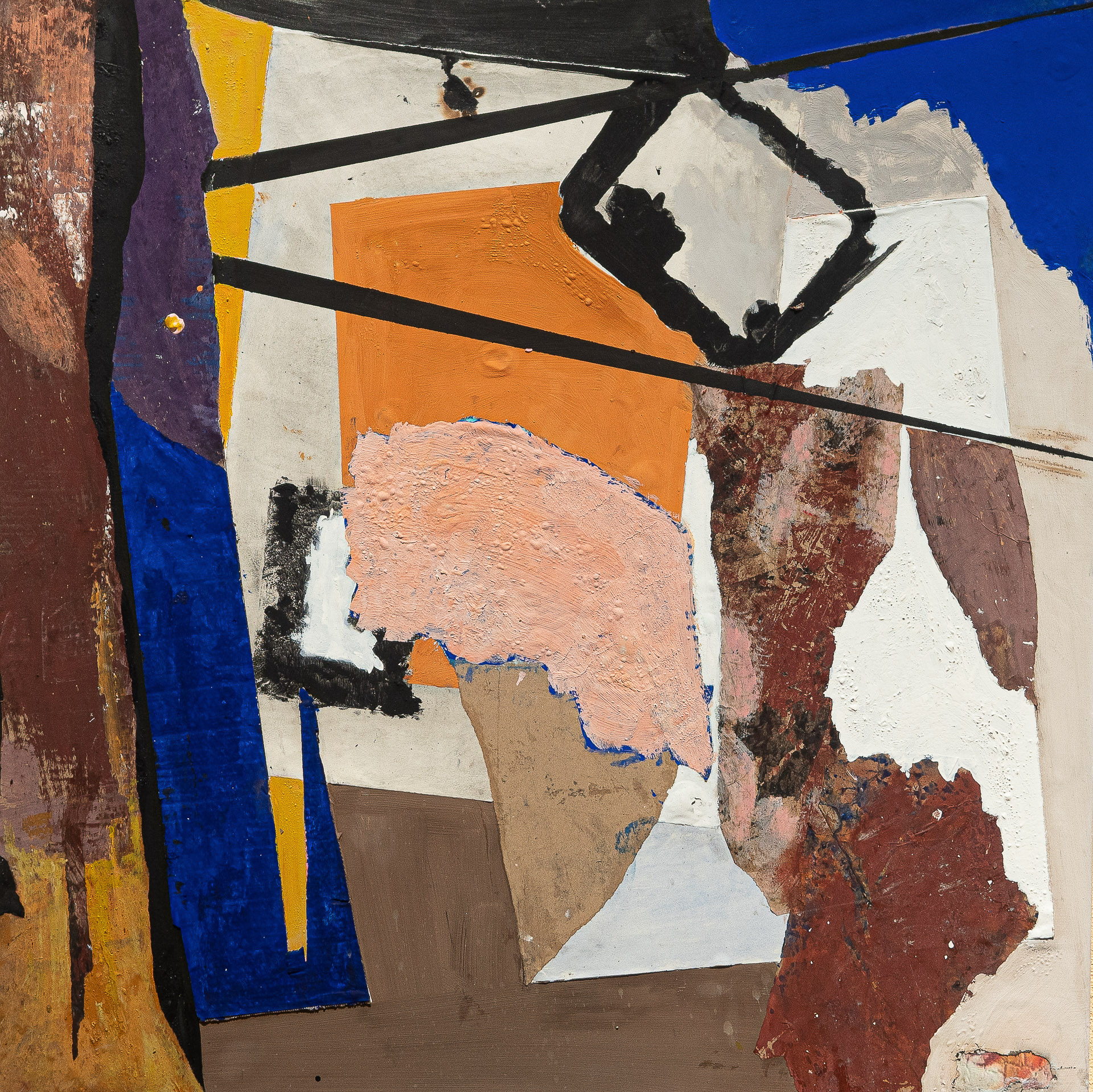 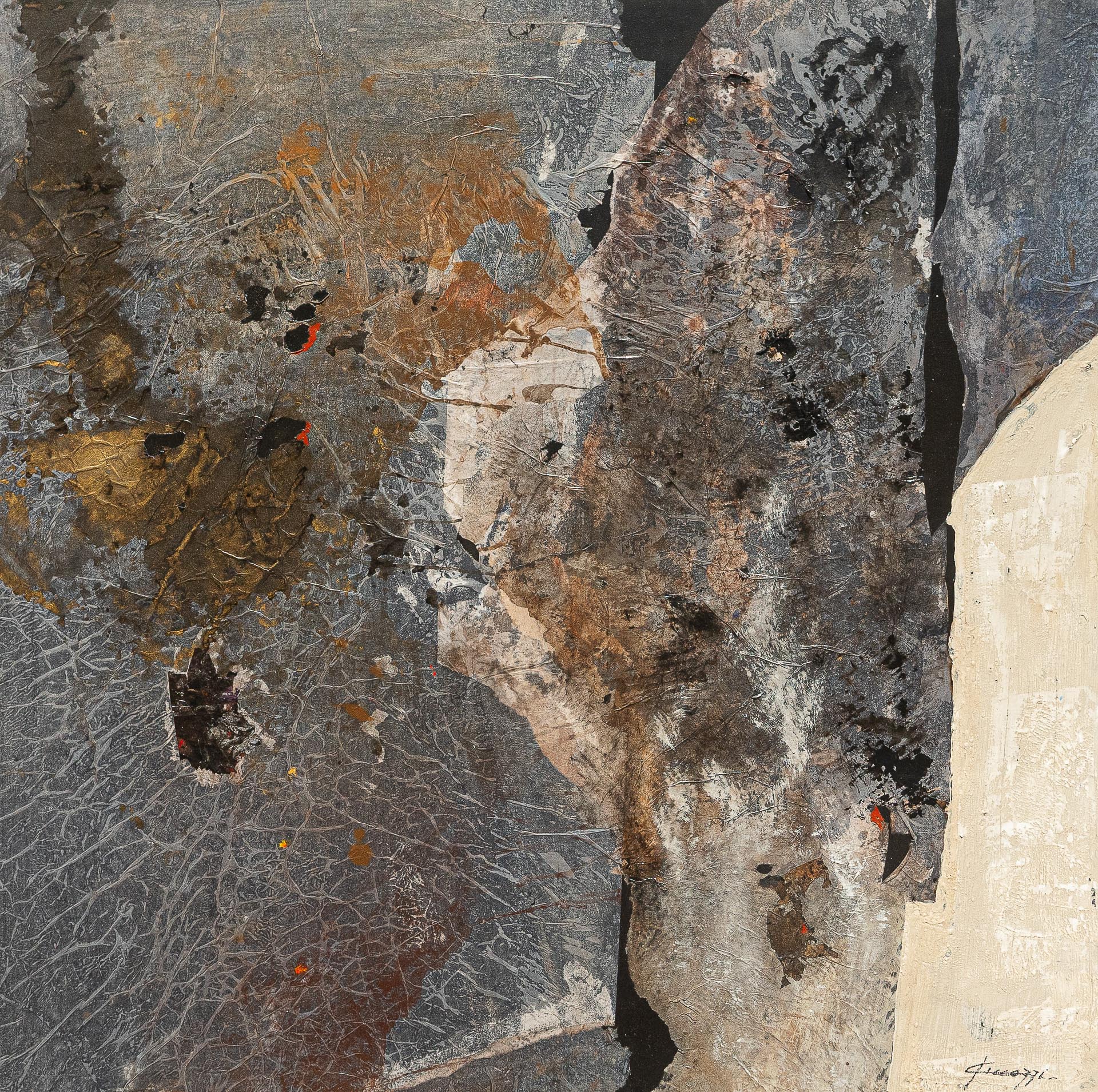 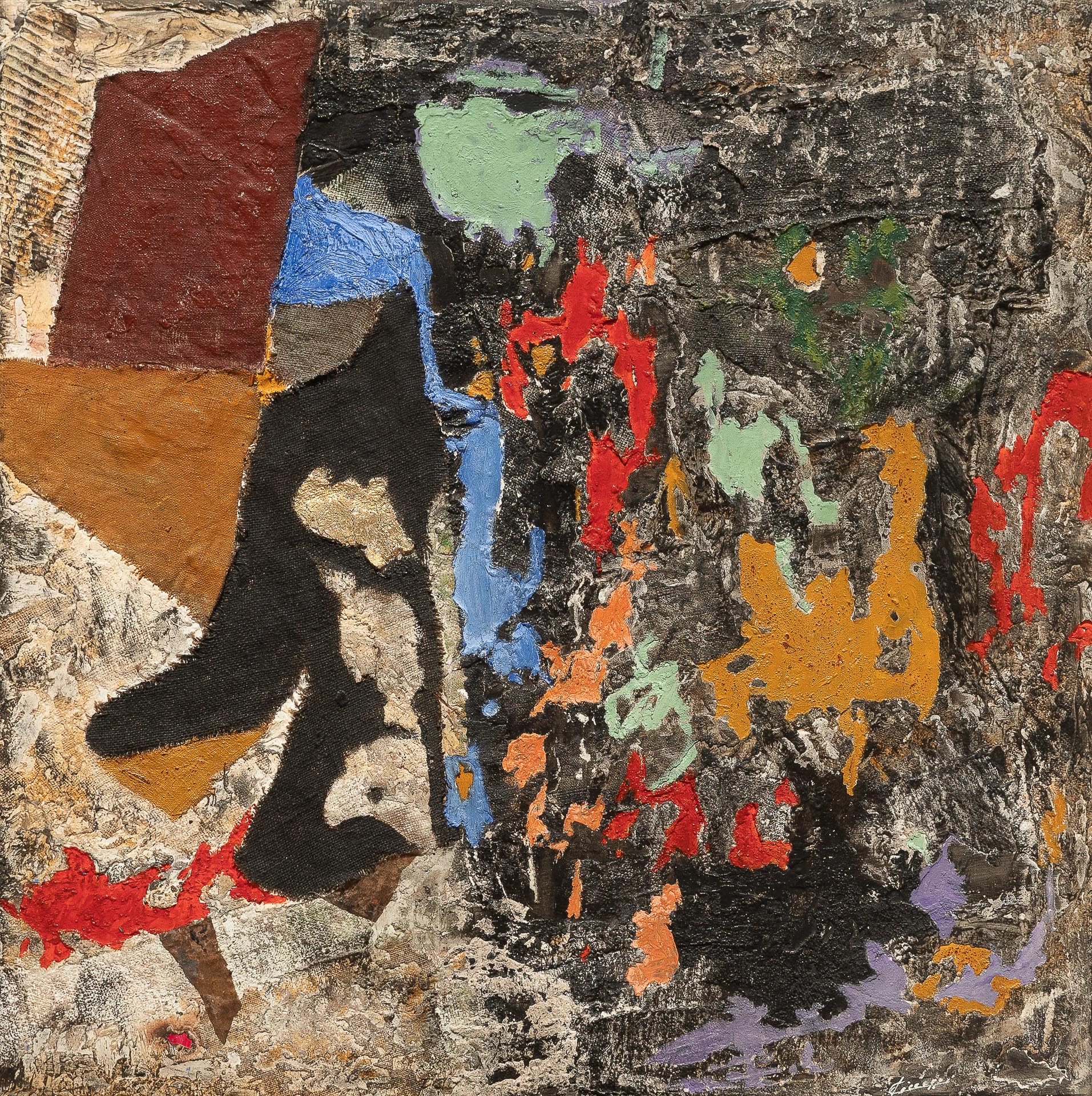 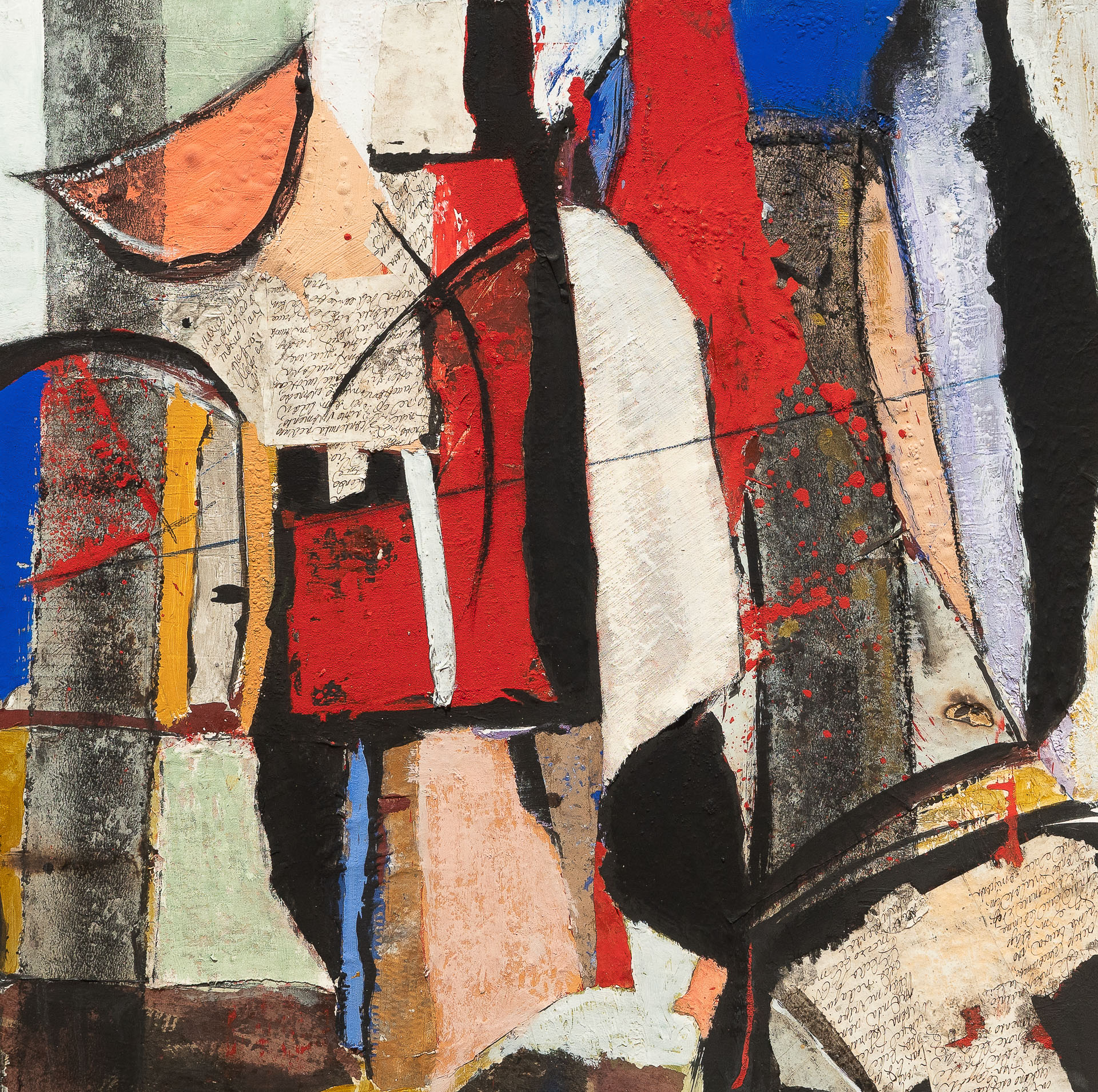 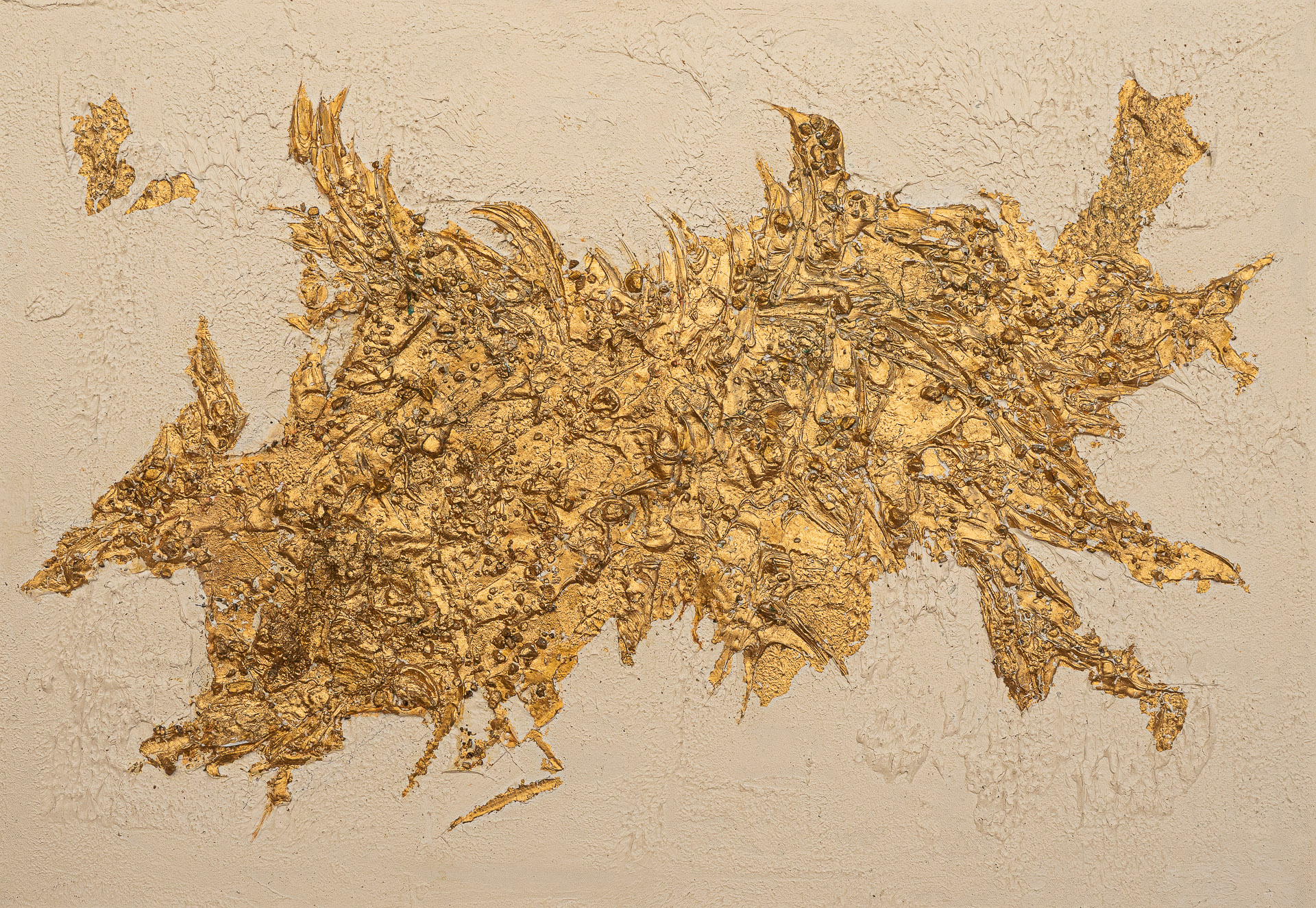 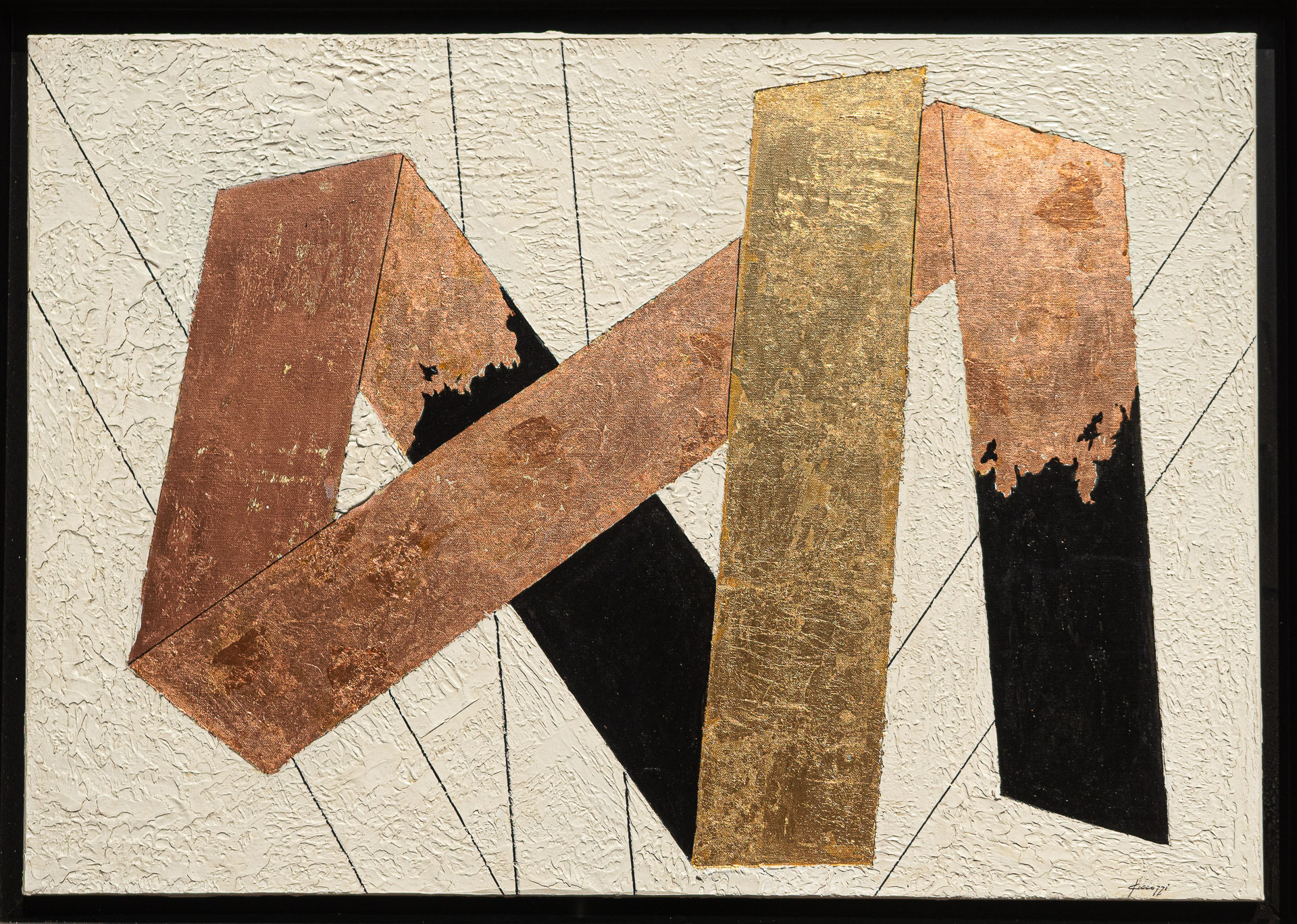 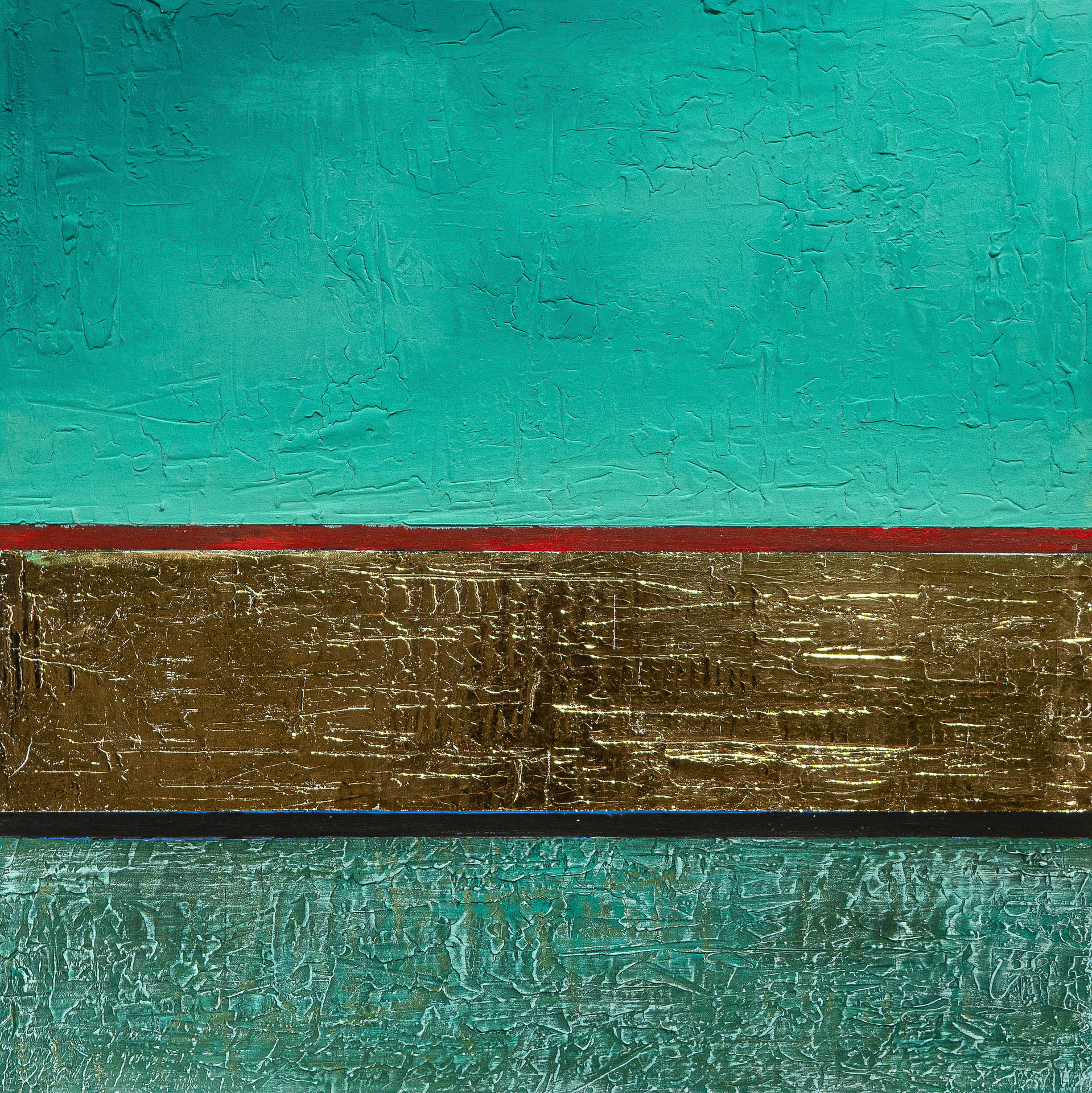